“Success Always Comes Easily” – Said No One, Ever.

Think we all can agree that success comes with a little bit of elbow grease. You win, you lose and then, you win again. That is the name of the game, and having the right mentality can be the difference between advancement and failure.

One thing our management team at Charleston Hospitality Group all has in common is their grit to succeed, and not just to succeed- but to go above and beyond for their guests and team.

What is Grit?
To us, grit is having the determination, courage and bravery to take risks in the workplace, follow your intuition and do whatever it takes to complete the job to proficiency. This is instilled in our core values at Charleston Hospitality Group.

Having grit in the hospitality industry takes on a whole new level of grit. Each day our management is faced with a new challenge, new guests and sometimes a whole new team- it’s just the way it is!

One of our General Managers at Charleston Hospitality Group’s Toast! All Day restaurant concept, Stacey Kauffman is the complete embodiment of grit. She works each day to her greatest potential and does whatever it takes to go above budget, appease all her guests and mentor her team. Her daily strides almost make us think her job must be easy, when it’s really a bi-product of passion; passion for her job and the industry.

Stacey states,“It’s easy to go to work every day when you have a job that doesn’t feel like work. I have a true passion for hospitality and what I do. That’s why it’s so easy to go to work every day. I have NEVER called off work. I am a firm believer that you lead by example. You’re on time for work then your staff is on time for work. You do not call out of work then your staff doesn’t call out of work.” That is the foundation for a successful team!

Check out Stacey’s story and how her leadership has led her to obtain not only a profitable store, but also the position of Regional Training Manager, where she has trained new General Managers how to effectively run a restaurant. 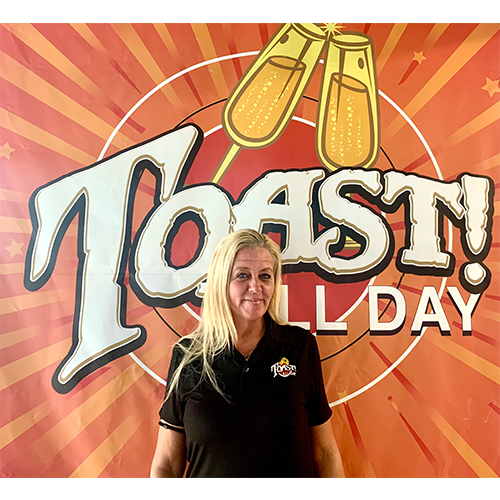 A Toast! To Success

In August of 2014, Stacey moved from Ohio to South Carolina. During her first few months in Charleston, she couldn’t find a job that felt like “home” and continued her search for a few months to come. In December of 2014 she found an ad on Craigslist for a server at Toast of Summerville. This is where her journey and growth within the company first began.

After a few months of serving, her work ethic demonstrated that she was ready to become a key holder. The General Manager at the time, noticed that Stacey had the highest sales and held herself to a high industry standard. This is where she received her first promotion in the company as a key holder.

From Summerville To ast she transferred to downtown TOC and was a training server. Here, she started conducting orientation and service training for all new Toast servers joining our team. After proving her value in this position, she was transferred to Toast of West Ashley to fix their day-to-day operations as a General Manager. This was Stacey’s first position as a General Manager and she knew she had her work cut out for her. Throughout her transition she received daily support from the Restaurant Support Staff at our Corporate Headquarters that gave her the confidence and tools to take on this new endeavor. 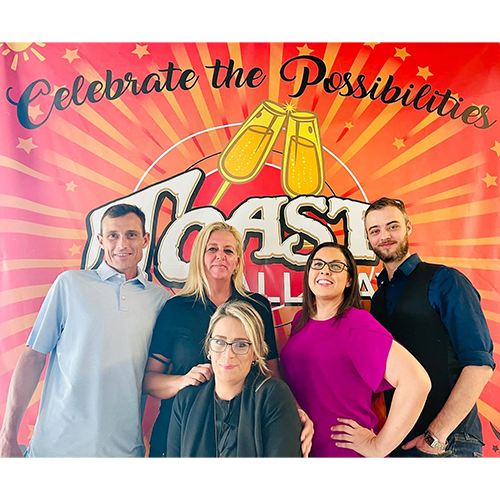 After successfully proving herself in this position and running a profitable and efficient restaurant, her hard work, dedication and passion led Stacey to her next promotion as a Regional Training General Manager. In this position, Stacey was able to train, coach and guide new GMs on how to effectively run a profitable restaurant by identifying characteristics that she has learned to thrive in this industry. In this position, Stacey has been able to produce successful General Manager’s. These General Manager’s started with Stacey as servers and she saw their potential to reach their career goals. She spent countless hours mentoring and coaching these new General Managers on their goals, daily tasks and ins-and-outs of being in this fast-paced position. She owes all her success to her mentors who taught her everything and specifically for our Founders guidance and support throughout her entire career at Charleston Hospitality Group, Sam Mustafa.

What’s Stacey’s Next Move?
Stacey is on a laser-focused 5-year plan that includes owning her own Toast! All Day franchise where she will continue to provide exceptional service to every person who walks through the door. She believes that service is a skill and hospitality is a passion.Toast! To you, Stacey, we’re here to support you every step of the way and look forward to seeing all your future success with us. 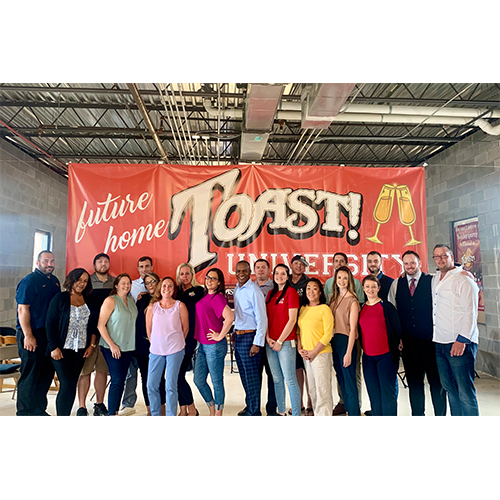 How Food Organizations Are Helping Their Communities Amid the Coronavirus Pandemic

Bottomless Mimosas with Toast All Day